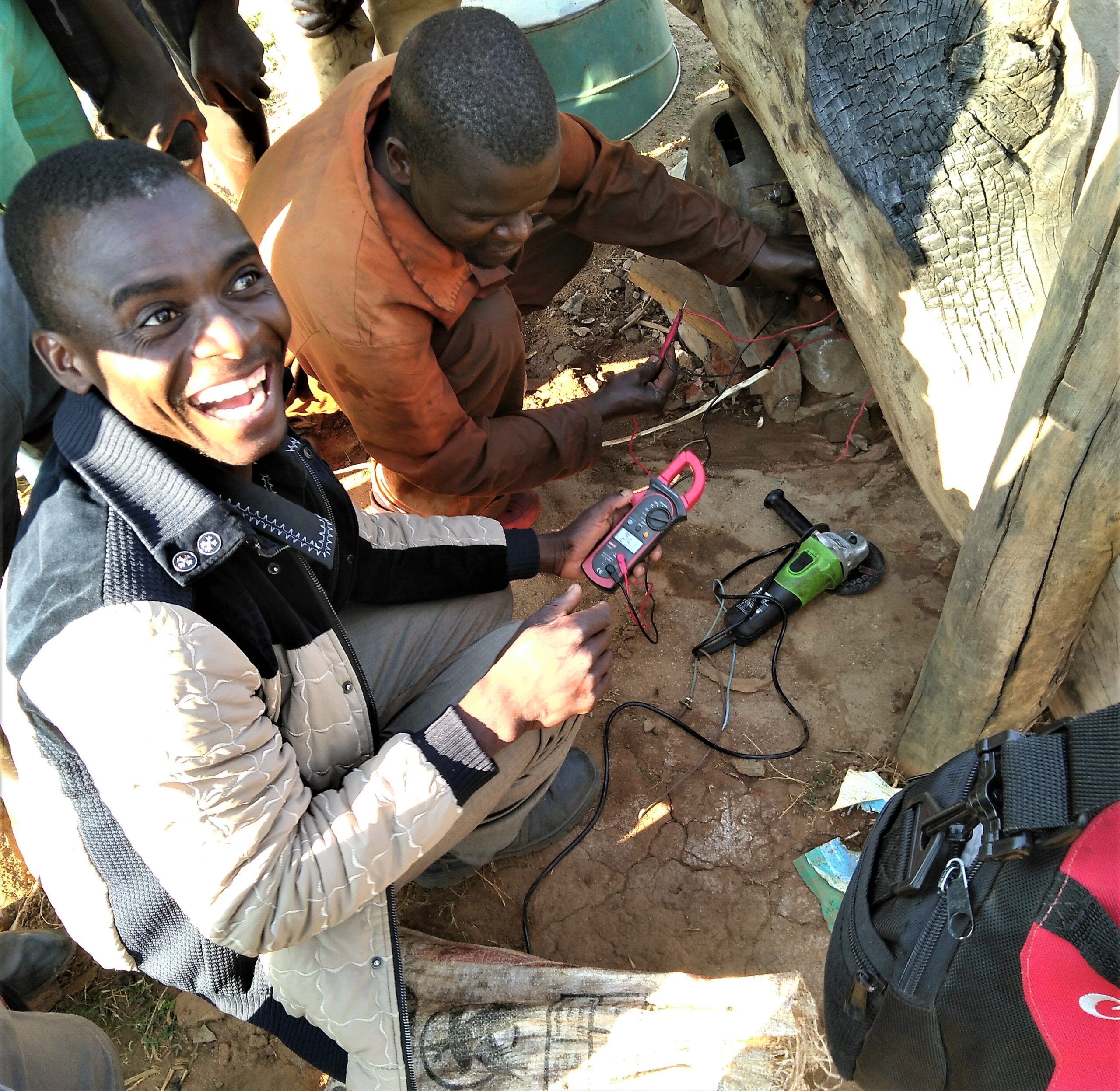 Between August 2017 and April 2019, PITCHES integrated with the pre-existing Surf ‘n’ Turf and BIG HIT projects in Orkney as a basis for assessing the market potential for renewable hydrogen systems serving remote communities, including those in sub-Saharan Africa, showing that hydrogen-based energy systems have the potential to reduce reliance on imported fuels, reduce carbon emissions, and in future as the technology develops, to reduce energy costs.

The Malawi / Southern Africa element of the PITCHES project explored the replicability of such systems to isolated, off-grid communities in Sub Saharan Africa, by testing configurations of the system, and identifying business models which best suit off-grid communities in developing countries. In the developing world, there are many remote communities with little or no grid access – the Energy Africa campaign estimates that 70% of the Sub-Saharan population is without electricity access, and 50% of businesses there view a lack of reliable power as a major barrier to business. Whilst other energy storage technologies, such as batteries, may be more suitable for the smallest communities, integrated hydrogen systems could have potential to support medium sized communities with hydrogen mini-grids, and also the potential in future to support nascent enterprises and industries through providing local transport fuel.

In 2018 Mark Hull & Rona Mackay visited Community Energy Malawi (CEM) to work on the PITCHES project with our sister organisation. After visiting CEM’s offices in Lilongwe and meeting the staff there, they embarked on a trip around Malawi with Edgar Bayani (CEM CEO) and Chawazi Gondwe (PITCHES Development Officer) to visit some of the micro-grids in villages across Malawi.

Watch this video for an overview of CEM’s work in Malawi.

In Chikwawa, South of Blantyre, they visited two projects on different scales where solar panels were charging batteries and lights which were then loaned out to businesses and households to provide power and light. In the West they called into Sitolo where CES and CEM are supporting three villages and who were soon to have their micro-grid installed. Electricity is supplied directly to the houses in this instance.

In the North Rona and Mark met Corled Nkosi who developed and hand built the Kasangazi Hydro and supported the creation of two further hydros in nearby villages. Over 2,000 people have benefitted from Corled’s determination and skills.

Power from the hydro is supplied to Corled’s village on handmade poles with bare copper wires. Although rudimentary the three hydros are life-changing for local villagers, giving the school light in the evenings for pupils to study, electric bulbs in homes to replace candles and oil lamps which have health and safety risks. There is now also supply to a local garage enabling a business to grow and bring much needed economic activity to the area.

Thank you to Community Energy Malawi for hosting our visit. In return we were able to share our knowledge and practical experience of using hydrogen in Orkney with the CEM team when they came to visit us in 2019. 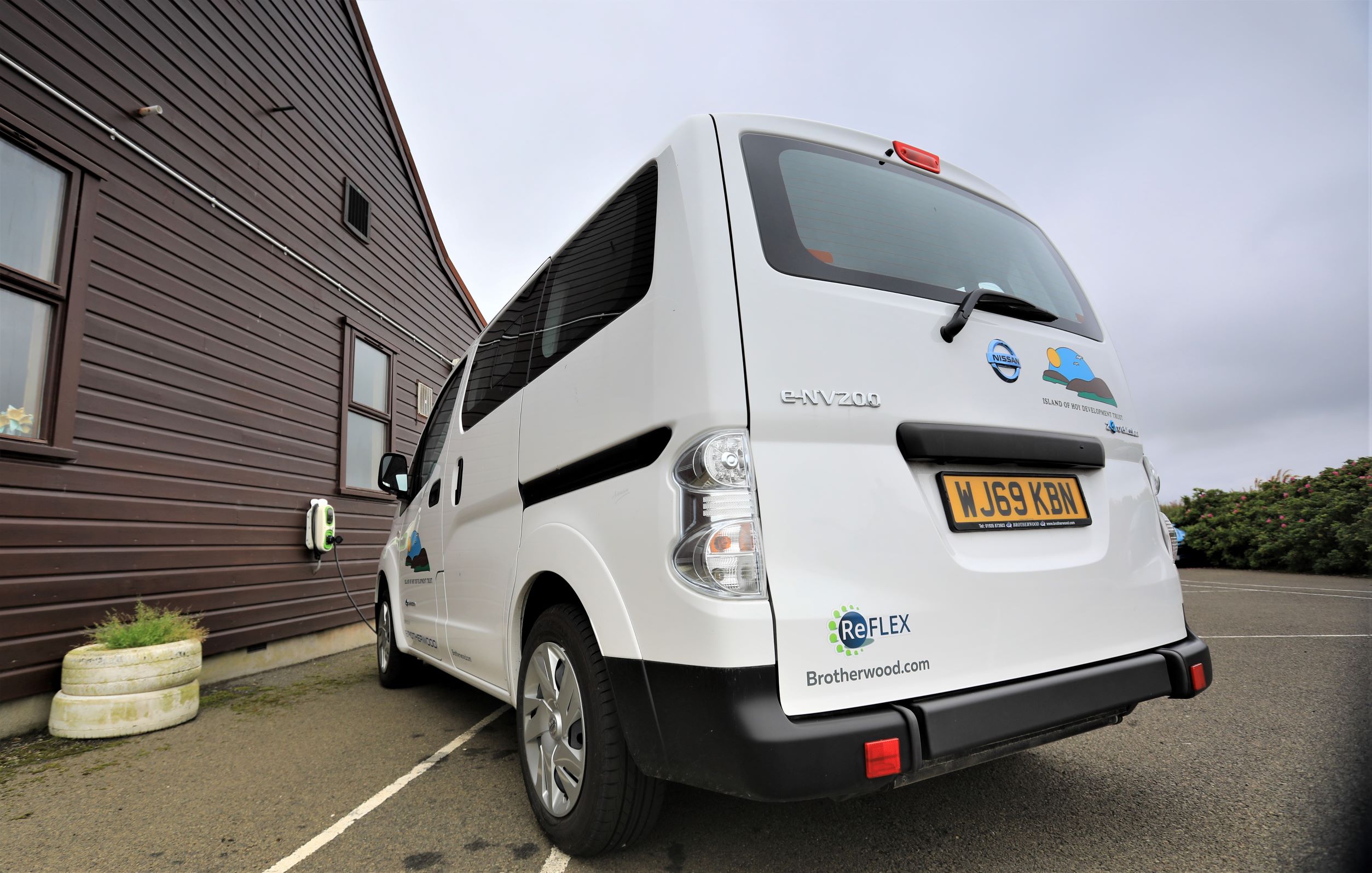 ReFLEX – Responsive Flexibility – is widely regarded as an energy system of the future and will be demonstrated in Orkney by a consortium of six locally-based partners.

“This brilliant news is built on the high level of collaboration between enabled communities and energy innovators in Orkney. A successful partnership that has started to show how we can supply and manage local energy in a more sustainable and equitable way, and, with this project, we all have an outstanding opportunity to further test and develop the new, fairer, and better future models of ownership and value systems pioneered by communities like those in Orkney“

At the heart of the project is the demonstration of flexible energy balancing technologies. For example, the project aims to deploy:

A FlexiGrid software platform, newly designed by one of the partners, will be put into effect, enabling smart monitoring and control of the flexible technologies to charge during periods of peak local renewable generation, and release stored energy during times of peak demand.

These technologies will be introduced under attractive leasing-type finance and novel ways of ownership with the aim of the end user avoiding major capital investment – this will include individuals and local organisations.

This pioneering project will help Orkney maximise the potential of its significant renewable generation capabilities, help to ensure higher quality and more affordable energy services, as well as further lowering the county’s carbon footprint by decreasing reliance on imported carbon-intensive grid electricity from the UK mainland.

“We need cheaper, cleaner and flexible energy and Orkney will be at the heart of this.

“We all need energy systems that are cheaper, cleaner and consumer-friendly. We have a great opportunity with the ReFLEX project to show just how innovation can deliver this energy ambition for the future. Supported by the Industrial Strategy Challenge Fund, ReFLEX can drive investment, create high-quality jobs and grow companies with export potential,”

Once demonstrated and proven in Orkney, it is expected that the IES model and associated integrated energy service supply framework will be reproduced in other areas across the UK and internationally, building long term export opportunities for the ReFLEX project partners and helping to expand the flexible and renewable-based energy systems.

Keep up to date on our News page

“What we are seeing here on Orkney is a test bed for the energy system of the future. These smart systems are a key part of our modern Industrial Strategy and will provide cheaper, greener and more flexible access to energy for everyone. What we learn from these innovations could one day be rolled out across the UK and exported around the world and we’ll be able to say it was ‘Made in Orkney’,”