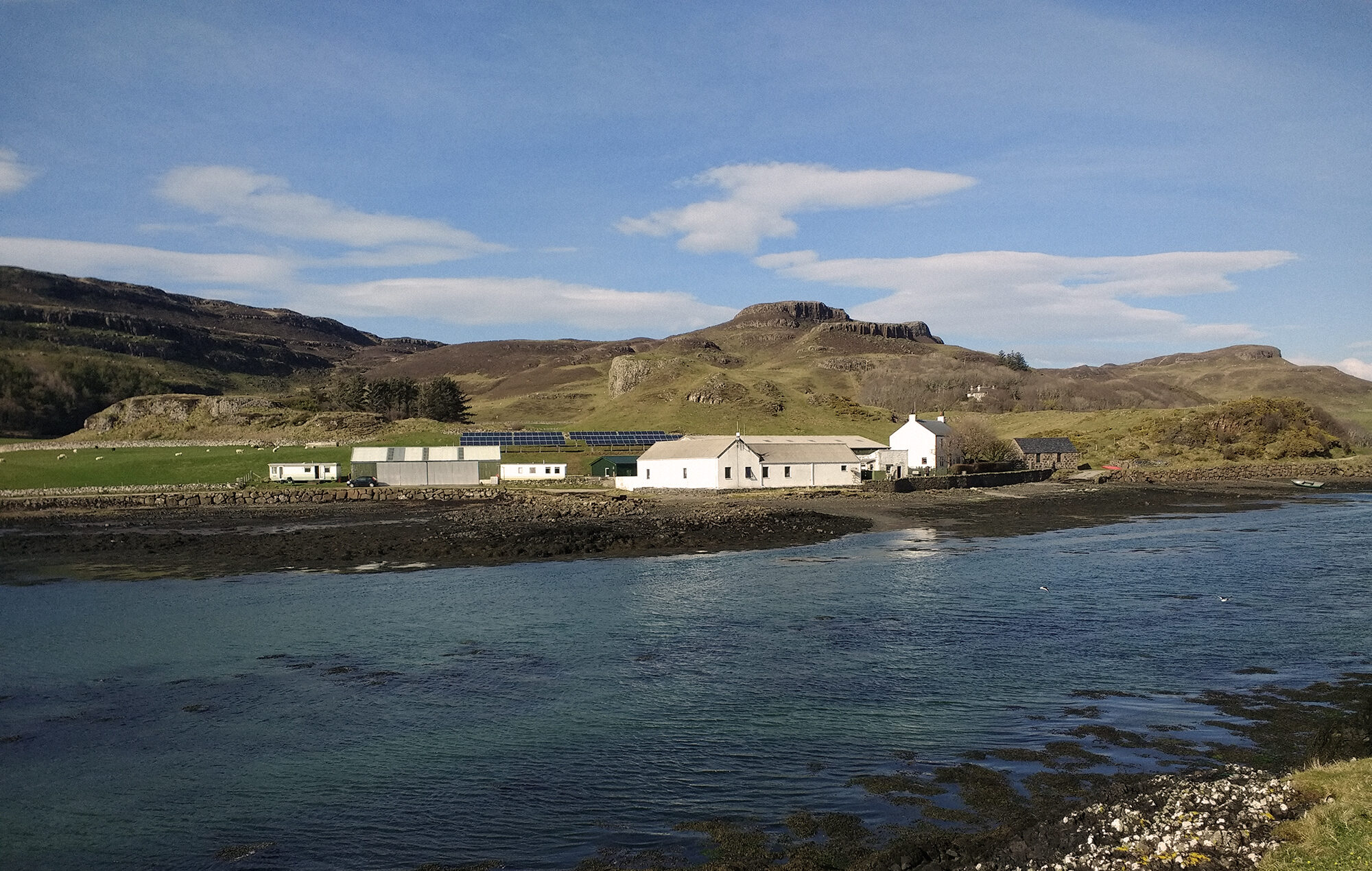 The Isle of Canna is one of the Small Isles, located off the West Coast to the south of Skye, with a population of under 20. It has no connection to the National Grid, so had previously relied on expensive diesel generators.

The Canna Renewable Energy and Electrification project involved the construction of a new system based around wind, solar and battery storage which has drastically reduced fuel usage and running costs. Community Energy Scotland had been assisting the community with the development of this project since 2009, and we were commissioned by CREEL to take on the project management of the due diligence and construction phases. We helped secure the final grants for the build, negotiated the contracts and lease, and worked with the contractors to ensure this complex system was installed successfully before the winter storms.

During the first year of operation, the new system generated over 138MWh of electricity, of which 93% was renewable. This resulted in a 94% reduction in diesel usage, saving 100.9 tonnes of carbon dioxide emissions. The generators ran for under 2% of the time (operating less than 3 times per month on average), compared to running 24/7 previously. The success of the project was recognised by the judges at the 2019 Scottish Green Energy Awards, where CREEL took home the 2019 Best Community Project award.  We are thrilled that the SGEA judges recognised the persistence of the community in taking forward such a complex and ambitious project in a very remote location.

The community secured £983,005 from the Big Lottery Fund and £150,000 from the Scottish Government’s Community and Renewable Energy Scheme (CARES), delivered by Local Energy Scotland. An additional £100,000 was awarded from the SSE Highland Sustainable Development Fund, and £50,000 each from Highlands and Islands Enterprise and the National Trust for Scotland.

“The island is exposed to the full force of Atlantic gales and we can finally start to put that to good use! As well as reducing the noise and pollution from the generators the new scheme will give us the capacity to build additional houses here, so that we can increase the number of people who can make their home on this beautiful island”

We are extremely grateful to our funders: The Big Lottery Fund and their Growing Community Assets Programme; Local Energy Scotland and the Scottish Government for their CARES and Innovation and Infrastructure Fund programmes; SSE and their Highland Sustainable Development Fund; to Highlands and Islands Enterprise; and to the National Trust for Scotland, both for their financial contribution and for the lease of the network which has allowed the project to go ahead.

Thanks should also go to the principal contractor SSE Contracting, and to their subcontractors; CHAP Ltd (civils); Wind & Sun Ltd (PV and battery/inverter systems); and SD Wind Ltd (turbine supply and installation).

The people of Canna would also like to thank Community Energy Scotland and Jamie Adam in particular, for project managing this scheme; Jamie kept us on track though all of the complexities involved.